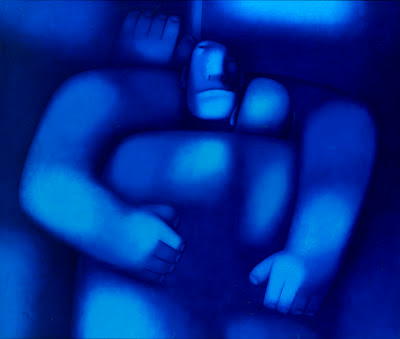 Much has been made of the democratic deficit in the European Union (and no doubt there is a battle to be won) yet the right-wing critics usually have little to offer by way of serious reform of the system. This is especially so as many rightists would just like to see the whole project crash and burn. The improvement of the system could only risk prolonging its existence. At best the Right offers to reaffirm liberal ideas of democracy and freedom in the nation-states currently held captive by the European bureaucracy. Naturally it appeals to the small government fetishists of libertarian ilk, as well as the hyper-nationalist herd and populist shepherds like Nigel Farage. It's an easy game to play as the European Union lacks the legitimacy of a liberal democratic nation-state.
It's no coincidence that the same people - namely UKIP - who want a referendum on the EU are for the elections for Police Commissioners. The same crowd have been hollering for elected judges, all of which could be of great advantage to smaller parties looking to break in where voter-turnout is light. In such instances, we find that direct democracy is rather convenient for certain figures, those who need a horse to ride to their destination. And yet the majority would prefer a job of such importance to be done well. It shouldn't surprise anyone that the turnout for the election of Police Commissioners was so low. The defects of democracy in such an area of public service are clear to most people. It's only when there is an obvious blockage in the democratic system, as in Europe, that the ideal of democracy can move us to a burning rage. This is why the Eurosceptics need Europe, just as American conservatives need liberals to rail against in the culture wars. Victory would be a defeat.

It is the undemocratic state of affairs in Brussels that the Right can't resolve, as that would mean the end of the basis for their 'scepticism'. The calls for 'democracy' are doubly shallow as the Right has no serious solutions, or even an alternative, to a project which is in fundamental accordance with the neoliberal agenda. The austerity junkies in Brussels are hardly leftists. Yet even as the EU seeks to permanently limit the expenditure of its member-states Cameron vetoed it and still poses as a heroic bulldog to Eurosceptics. It would seem this is really a clash between different concentrations of capital, not the people of European nations. Furthermore, we know that in historical terms the idea that it's wrong to establish a political entity, like a nation-state, without democratic means is groundless. The European Union has developed into a powerful and effective structure precisely because it has no electorate as such. There is no 'European people' in the same way that there is an American people. The EU couldn't have gotten this far without its democratic deficit.
Consider the wedge-issue of immigration with regard to the European project. Immigration is meant to be the disruption of our cohesive and well ordered society, through its corrosive impact on civil society by way of its 'otherness', its dependency culture, abuse of our public services and advantage-taking of Western privilege. Common claims like "They're taking the jobs!" and "They're all on benefits!" stand together arm-in-arm in ignorance without bliss. At least these complaints of many working-class people about immigration have an economic basis (a more about that later) which we can't say about the culturalist whining of conservatives. The Eurosceptic rightist tend to foam at the mouth over the apparent loss of British sovereignty, for we can only limit non-European immigration. It's at this point that the Right loses sight of the Muslim 'problem' to gawp at the hordes of Slavs unleashed by the death of Communism. This is the doomed battle of anti-immigrant populists, just like the battle for democracy it cannot be won.

If immigration were actually blocked ff forever then the rightists would have lost in their own victory. Limitations on immigration can't possibly satisfy the demands placed on them: firstly, because the migrant serves a structural need within capitalism for fresh labour to squeeze dry; secondly, migrants can become a point of division insofar as they form a labour reserve army to be deployed to hold down the wages of the working-class. For these reasons immigration can only be impeded temporarily out of a cheap electoral opportunism.  The increased scarcity of labour in Britain would hasten the need for such unpopular measures as higher taxes to support the growing number of retirees. Of course, a cheap way out of this would be to pull the rug out from under the pensioners and privatise the whole pension system. All the while the lack of a readily available reserve army of labour would deprive the system of a means to hold down wages for an ever dwindling workforce.

The real answer of an extensive unionisation across borders to accomodate free-moving labour is out of the question for the Right. Even though that would mean higher wages for 'native' and 'foreign' workers alike. The same can be said of the possibility of repairing the damage of the brutal transition to capitalism in Eastern Europe. The contradiction between the economic need for immigration and the widespread opposition to the unconstrained flow of labour across borders can't be resolved by the mainstream parties. So it is the stomping ground of demagogues looking to ride a wave of racism into public office.
Posted by Unknown No comments:

The Refuge and its Scoundrels. 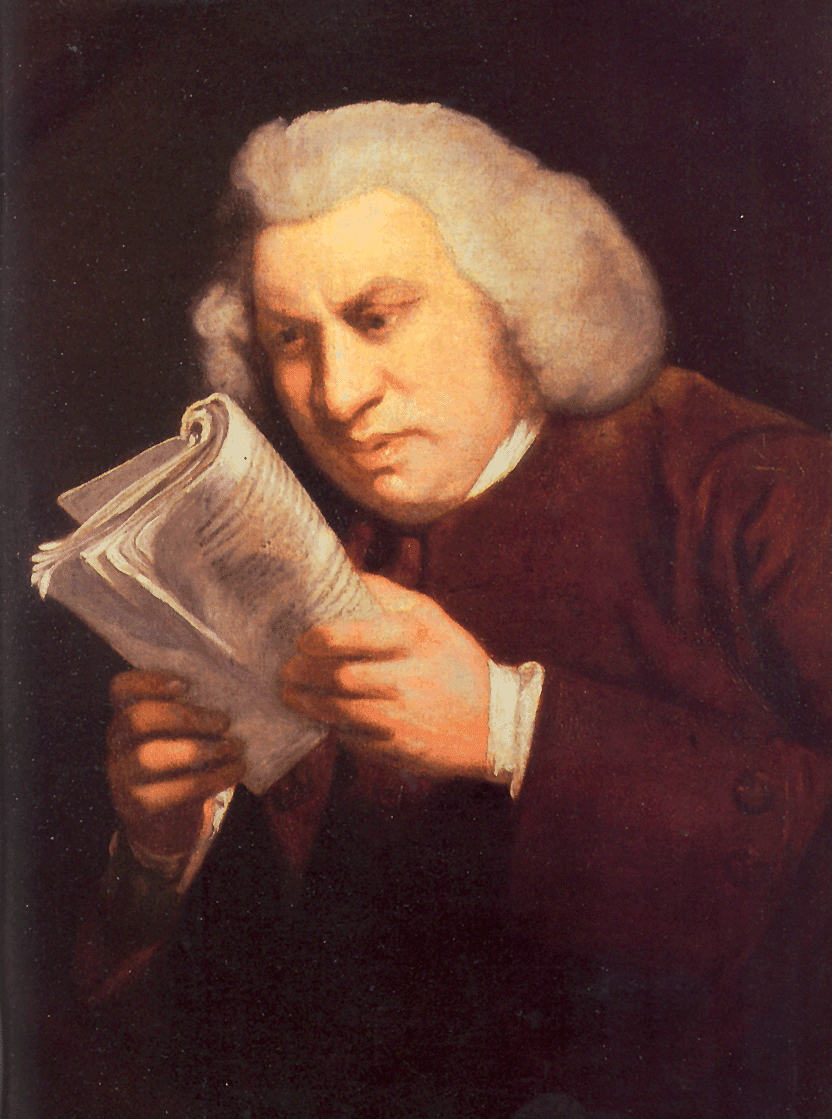 When Dr Johnson famously remarked that patriotism is the 'refuge of the scoundrel' he was actually referring to the Patriotic Party. Johnson was a Tory and wouldn't have written-off the love of one's country, and to some extent, he was right to do so. For patriotism can come in handy, in the war against Fascism it was the Churchillian vision of a determined island nation that held the people mesmerised. It's also worth noting that the great anti-colonial struggles of the last century involved revolutionary nationalism, especially in Vietnam and Cuba. The calls for Irish independence and reunification came primarily from nationalists. Of course, there is the darker side of nationalism, the jingoist harbinger of irredentism and nativism. And it's worth noting that the dark spirit of nationalism is much more common than the progressive and revolutionary possibilities of nationalism. Today we can see the reactionnaire appeals of nationalism against the European Union, while there are active pushes towards independence in Catalonia and Scotland where greater moves to regional autonomy have hardly failed. 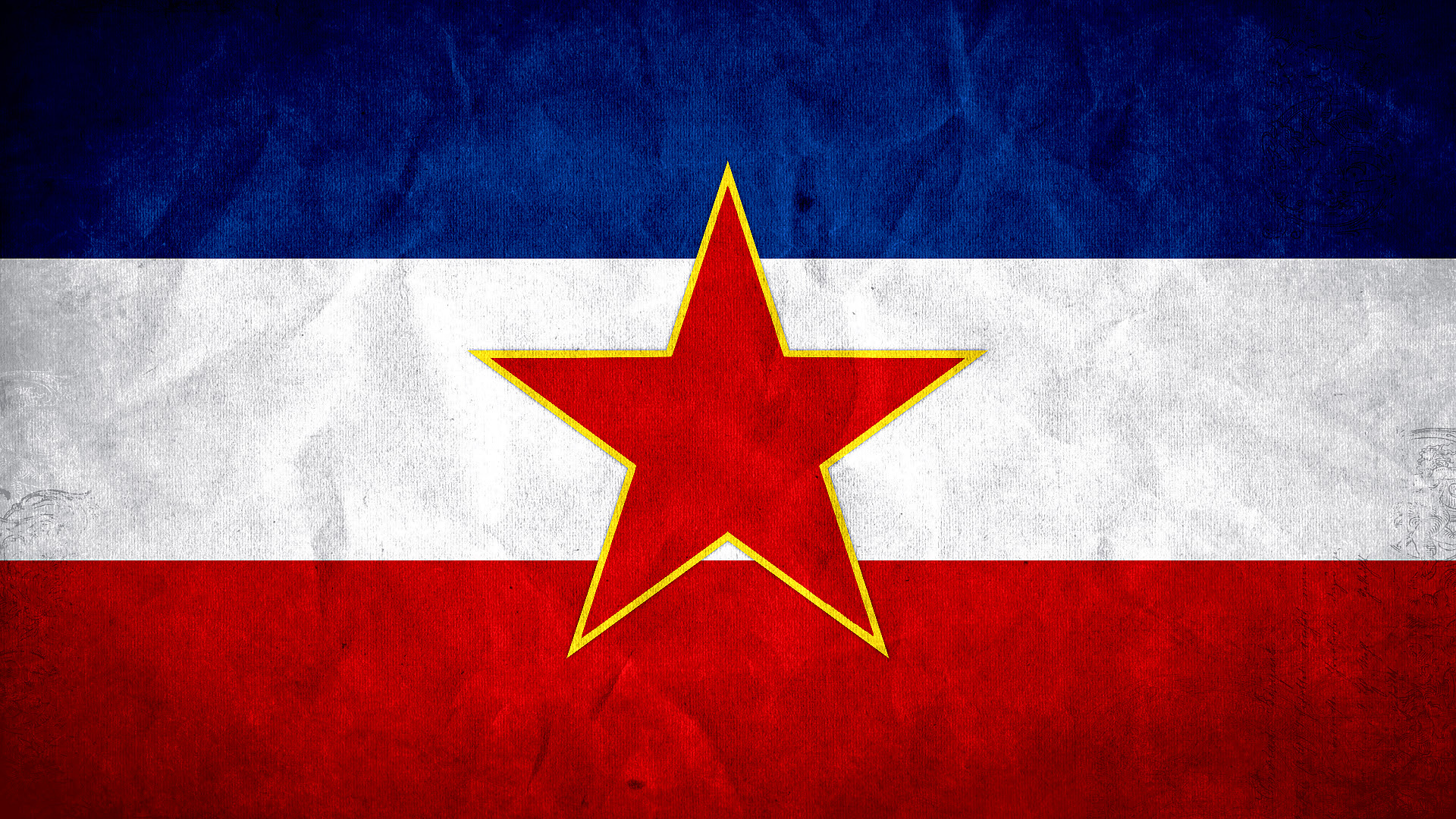 It makes sense that the ultra-nationalist defenders of secession are crawling out of the woodwork in Europe at this time. Though this isn't simply the case where independence is concerned. If the referendum had secured Catalan independence recently it seems likely that the new nation would've been quickly subjected to a series of austerity measures. Because once a country of that size has broken-off it would need a new orbit and the European Union offers the strongest alternative. There are progressive arguments in favour of Catalan and Scottish independence. Yet it seems highly unlikely that a fledgling Celtic republic would escape the clutches of neoliberal globalisation either. There's some truth in Portillo's words that the country might easily be transformed into a land of low taxes and a shrunken state sector. In other words, Scotland could easily become a breeding ground for an even more merciless variation on the free-market ideal. At this point we need more unity, not less. This was most potently demonstrated by the demise of Yugoslavia - one of the great tragedies of the last century.

Yugoslavia was a federal socialist system of devolved republics and autonomous regions. It was free of Soviet domination and maintained a multi-ethnic society where Christianity and Islam were practiced side-by-side. All of it was held together under Marshall Tito who inculcated notions of 'brotherhood and unity' into the society as he fought to stamp out the remnants of nationalism in the masses. The state was maintained by a market socialist economy, which featured decentralised cooperatives and worker self-management as well as  a state planning apparatus. It combined the state as a primary mechanism for the organisation of the society and economy, while markets and cooperatives offered secondary mechanisms. The people enjoyed a guaranteed right to a job with a month's paid vacation, as well as free universal health-care and education as part of a comprehensive range of state services. There was never a Soviet-style collectivisation of Yugoslav society, for that may have torn apart the entire project of a country for Southern Slavs.

For a time Yugoslavia prospered with an average rate of growth at 6% and remained a leading model of independent development. 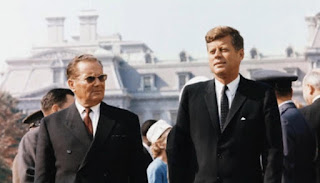 The literacy rate reached 90% and life expectancy rose to 72 years. To expand the productive base and increase consumer goods the Yugoslav government borrowed from Western governments throughout the 1960s and 70s. Given that Yugoslavia had achieved development along independent lines (from Russia and not just the US) its federalism came under attack in the 1980s. The dismemberment of Yugoslavia became a concerted US policy as the National Endowment for Democracy began to focus on Yugoslavia as to hasten its breakdown and implement a series of neoliberal reforms. The IMF then began to force an austerity programme on Belgrade as a condition for payments on the country's debt. The austerity measures did not just mean a reduced public expenditure, but huge job losses and wage-cuts for the working. Eventually it would amount to the abolition of workers' self-management in the Balkans.


In spite of the decline of economic conditions inside the country Yugoslavia remained the only socialist republic after the collapse of the Eastern bloc in 1989. The people didn't rise up to overthrow the Communist government despite widespread discontent and rising nationalist sentiment. By now the dream of a Yugoslavia free of the old ethnic strife was dead in the water, with the rise of nationalist demagogue Slobodan Milošević. The Serbian nationalists wanted to hollow out Yugoslavia to establish a Greater Serbia. But the other nationalist movements wanted to break-off from Yugoslavia completely. To hasten the burst of secessionism the US began to yank the chain. In 1990 the Bush administration saw to it that Congress cut-off aid to all Yugoslav republics unless they declared independence within six months. The US demanded elections in all republics and went on to stipulate that every election must meet standards set by the US State Department. Later Italy would try to bribe Montenegro with aid to leave Yugoslavia and join them in the new Europe.

Within two years the US delivered another blow to Yugoslavia in the form of international sanctions to put a halt to all trade to and from the country. The economy quickly dived further into the abyss, unemployment spiralled to 70% while the health-care system collapsed and inflation exploded. Michael Parenti sees this as part of an agenda to turn the Balkans into a Third World developing region and to reverse the achievements of the Communist era. It would be a fractured region of republics incapable of independent development. The economy would be shattered, its natural resources stripped open to exploitation by multinational corporations. The people of Yugoslavia would provide a skilled workforce vulnerable to suppressed wages, as well as a reserve army of labour to be deployed to sink the wages of workers in Western Europe. The designs of neoliberalism to break-up Yugoslavia - only for its people to be rinsed by the forces of globalisation - converged with the aims of nationalists.
Posted by Unknown No comments: