Reaction to Scotland's No vote. 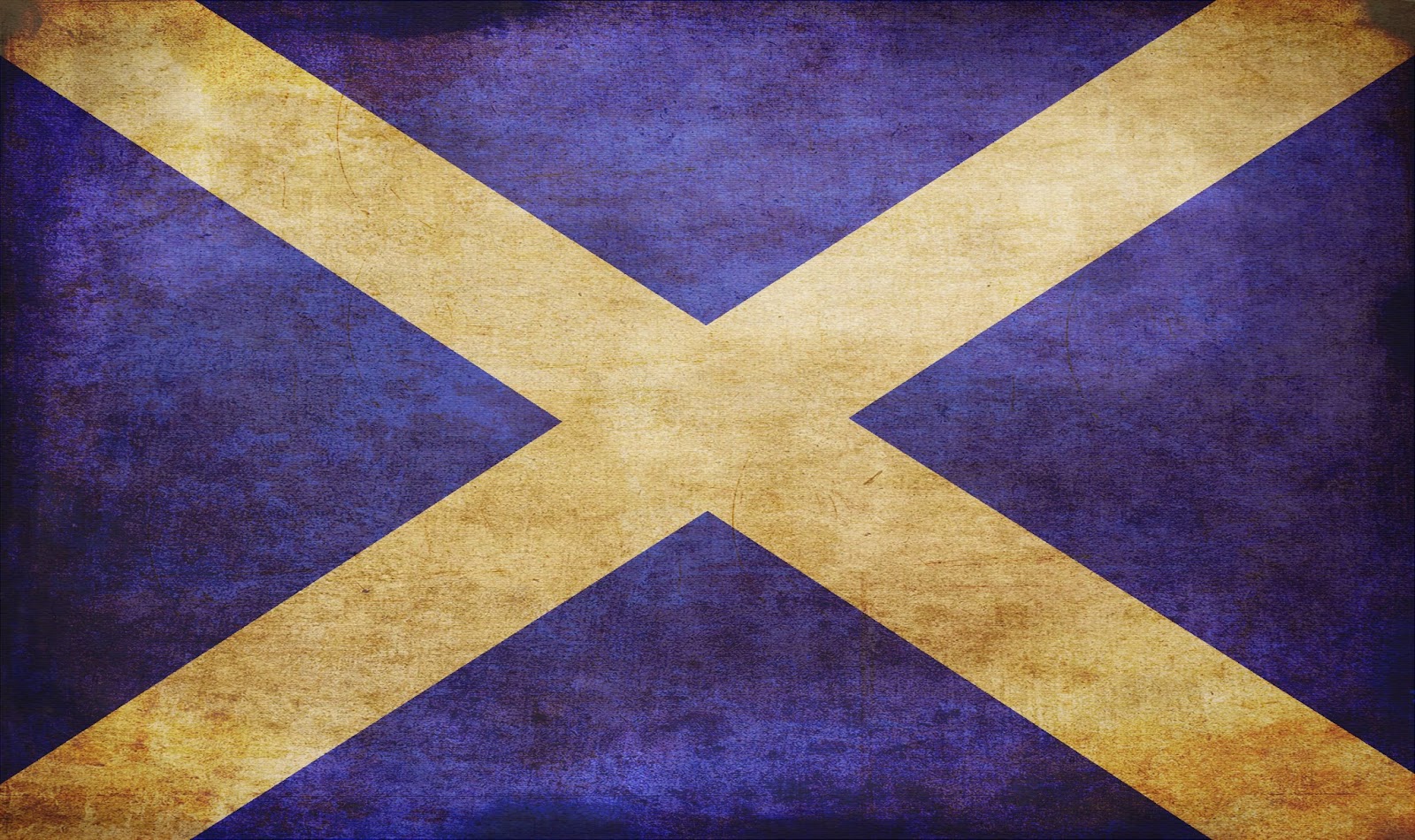 So the votes are in. Scotland has voted 44.7% for independence and 55.3% to remain within the United Kingdom. Voter turnout was close to 87% in a display of participation greater than we have seen in any recent election. The EU elections in May drew 33.8% of the British electorate out of their homes to the local voting booth. It’s standard in UK general elections for turnout to be almost twice as high as in EU elections. Consequently, the protest vote looms large in one and not the other (at least usually this is the case).


It was said in the run-up to the referendum that Alex Salmond couldn’t lose either way: if it’s a ‘yes’ then Scotland becomes an independent state, if it’s a ‘no’ then Scotland will win more powers. Originally the proposed referendum was to include three options, not just yes or no, but the option of maximal devolution would have been on the table too. This led many to suggest Salmond was really pushing for greater powers. If Salmond was aiming for independence then this might not be the end of the story, as we have seen in Quebec where there have been two referendums on independence. The major issue for Whitehall is how they can prevent such an occurrence in the British Isles.


No wonder then David Cameron has raised the West Lothian question. He speaks of a ‘devolution revolution’ for the English and not just Scotland, Wales, and Northern Ireland. Endless bifurcation has its appeal to international capitalism as each entity can be picked off, its economy chiselled and its workforce disciplined. The appeal is to English parochialism, the same mobilising force behind UKIP, Powellism, and the EDL, can be seen as a move to strengthen the rightward trend of British politics through coalescence and triangulation. Boundary changes would have to be made in any large-scale constitutional shake-up in a country where such questions have been held-off for far too long. So devolution may not necessarily result in an automatic Conservative stranglehold in Westminster.


Decentralisation in a neoliberal world would suit Cameron and his party just right. The Conservatives are facing inexorable decline, having only increased their share of the vote by 3% in 5 years against the Brown government. It’s highly unlikely for any governing party to increase its share of the vote, even if you have the Liberal Democrats as human shields. Meanwhile, the Labour Party lacks any vision or impetus to stand up for its traditional social base. The bet may not be for a rejuvenated Tory Party, that fight may have already been lost. It’s not just that the social democratic model is rotting before our eyes; the old Toryism is going the way of the dodo too. In that regard, what is left but to fall back on the trilateral consensus and devolve the Union into a morass entrenching austerity.


As for the Scottish National Party, it was once the case that the left-right coalition (which composes the SNP) was set to break apart once they had achieved independence. It looks unlikely that will be the case as long as Scotland remains within the UK. Salmond will try to maintain the public services and welfare provisions in Scotland for as long as he can. Additional powers may help this, or hinder this, it’s difficult to foresee. It still is the case that the SNP is not a socialist party, it isn’t even a republican party, and it was willing to accept NATO, as well as international free-trade agreements, and the vanity projects of Donald Trump. I can see the ultra-left in Scotland pinning the blame on the SNP for not being pure enough and Salmond will rebuke this with the language of pragmatism.

This post was written as an immediate reaction to the outcome of the referendum on Scottish independence. It will be reproduced at Souciant later.
Posted by Unknown No comments:

In the midst of the ongoing civil strife, Libya’s Parliament fled to Tobruk in August and now resides aboard the Elyros, a Greek car ferry, on the eastern coast of Libya. Tobruk is a stronghold for the coalition of forces behind Operation Dignity, a counter-terror offensive launched in May by General Khalifa Haftar. Since the offensive was launched there has been sporadic fighting and instability as nationalist forces collided with Islamist militias in Benghazi.The Islamist takeover of Tripoli and Benghazi may be understood as a reaction to this campaign. In July, Ansar al-Sharia declared an Islamic emirate in Benghazi, while fighting continues in Tripoli. Major foreign powers such as the US, the UK and France have withdrawn their diplomatic staff from the country. All of less than three years since the Libyan uprising turned into a revolution and then a civil war in which NATO intervened on the side of the Benghazi rebels.

An important factor could be the fear of a repeat of General Sisi’s coup in Egypt last year. The Sisi government has set out to repress the Muslim Brotherhood (MB) in Egypt and similarly the secular nationalists of Libya oppose the influence of the MB in their country. General Haftar has attempted to overthrow civilian rule on more than one occasion in the recent past. As such, the possibility of a coup in Libya is not at all far-fetched given the country’s history and the fragility of its civil institutions.Libya’s body politic is dislocated as the General National Council (GNC) was disbanded last month in favour of the Council of Deputies, the latter being dominated by liberals and federalists, the former remaining predominantly Islamist. The GNC has continued to act as a power centre in spite of the fact that it has been officially disbanded and lacks UN recognition. The elections to the Council of Deputies left Islamists isolated and this may be an important factor leading up to their takeover of Tripoli.Voter turnout in the Council of Deputies election in July 2014 came to just 18%, down from 60% turnout in the 2012 elections. "I didn't bother to register this time around, and that should tell you everything," said Mohammed Abu Baker, a Libyan student. "My friends were killed in the revolution, we paid in blood for this democracy, but what was the result of the election?"

In early August, Libya appointed its sixth post-Gadaffi head of state, Aguila Saleh Issa, and by the end of the month Prime Minister Abdullah al-Thani resigned in a bid to quell the power struggle. The recognised legislative body of Libya moved its proceedings to Tobruk as it became untenable to remain within reach of the Islamists. Meanwhile the GNC claims its own President Nouri Abusahmain and Prime Minister Omar al-Hasi. Neither claims are recognised internationally, but the centre of power remains contested.
Last week, Sheikh Sadiq al-Ghariani, the Grand Mufti of Libya, fled the UK amidst accusations that he had influenced the Islamist takeover of Tripoli International Airport from his home in Devon via his website. He had been appointed Grand Mufti in 2011 for the religious support he had lent to the revolution against the Gaddafi regime. He has since taken the side of the Islamist militias, in particular the Libya Dawn coalition, against the civilian government and competing factions.This seems to signify a common problem facing the Maghreb in particular and the Arab world more generally. Arab nationalism has ceased to be the leading political force, leaving the ground clear for alternatives such as political Islam. The revolutionary wave of 2011 has as yet brought little in the way of new politics to the region, instead creating a vacuum where nationalism once was. Now that vacuum has opened the door for another civil war.

This article was originally published at The World Weekly on September 11, 2014.
Posted by Unknown No comments:

What buttons does Putin push? 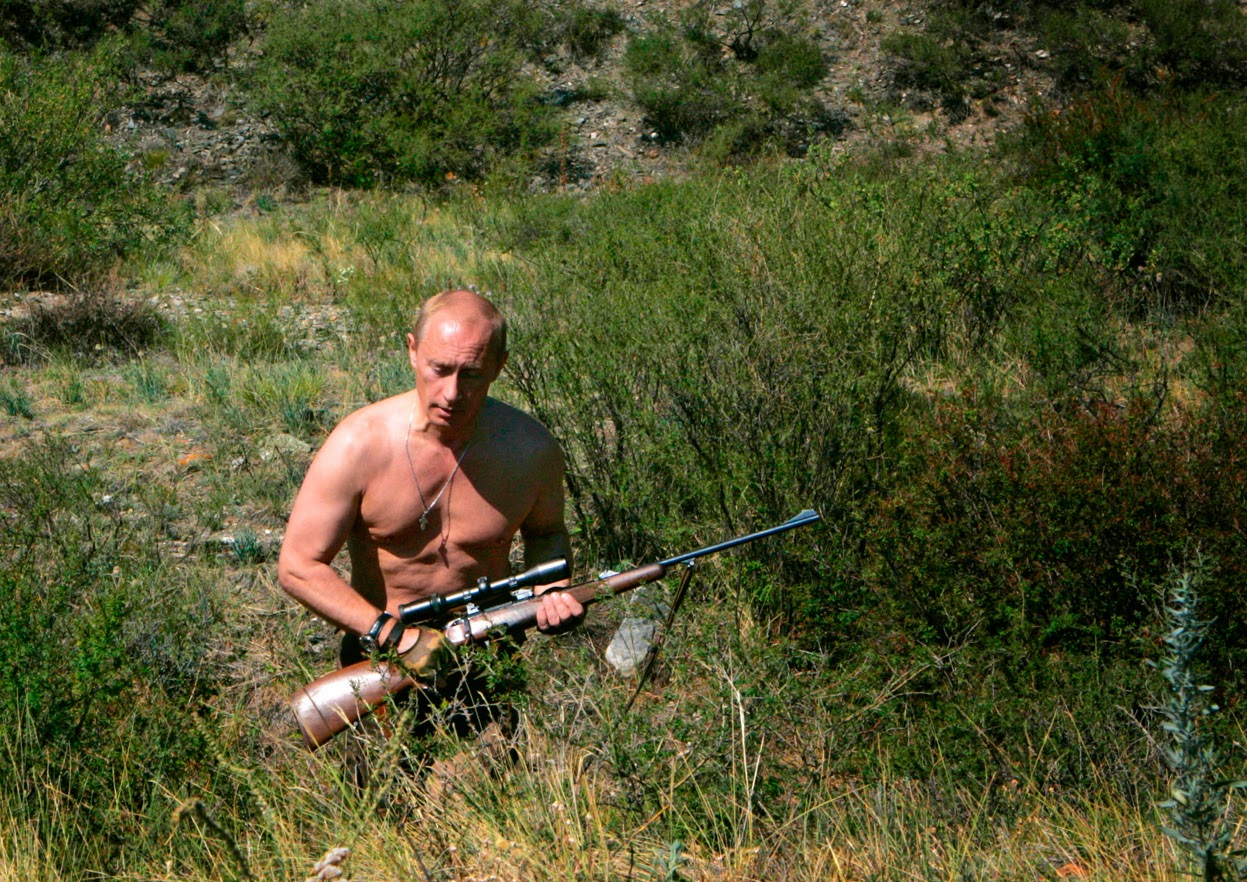 The national psyche of any country may be made up by a complex web of associations in memory and myth running through history, culture and literature. It would be very easy to put down all of Russia's problems to its long history of authoritarian rule and chauvinism. However, we must remain aware that this is itself a construction of how the West would like to see itself - as standing out against the wretched backwardness of the East. This is a projection and we shouldn't fall into the convenience of old ideas in new conflicts. In fact, that's sort of the problem the Russians are having in the recrudescence of nationalism. I've covered this:

One of the first decisions undertaken by Putin after the 2000 election was to restore the Soviet National Anthem by Alexander Alexandrov. It was a symbolic break with the Yeltsin era. The anthem replaced the Patriotic Song of Mikhail Glinka that the Russian Federation had adopted in the wake of the dissolution of the USSR. Many in the West perceived this as an ominous sign of things to come. As the 1996 election was deemed to be the last hope for Russia’s Communists, the alternative to Yeltsin had always been framed as a throwback to the days of Stalin.

The return of Alexandrov’s anthem seemed to confirm Putin was looking to recreate the old Soviet Union. This perception was widely shared, particularly by free market advocates, fearful that their revolution was coming to and end. Leading liberal Grigory Yavlinsky said, “We see this as a signal of where our society is heading, of what awaits us in the near future”. Yavlinsky was a proponent of the 500 Day Programme, first articulated in the late 1980s. It called for the mass-privatisation of state assets combined, with market reforms and the stripping away of regulations. All in 500 days. The programme was eventually implemented, in diluted form, under Yeltsin.

What was lost on market liberals like Yavlinsky was that it wasn’t just about economics. The Soviet anthem has an equally significant nationalist side to it. After all it comes from Stalin’s Great Patriotic War, and supplanted the traditional socialist anthem the Internationale with its revolutionary patriotism. It was this side of the Russian campaign that Putin was tapping into, not a retreat back to the state capitalism of the Communist era.


The Russian nationalist narrative has a lot of sway and popular appeal because it holds factual ground. That isn't to say it is accurate of the full story. Pavel Stroilov recently produced an article exploring the popular claim in Russia that the West - principally, manifested in its expansion of NATO eastwards - reneged on its promises at the end of the Cold War. Stroilov put his own right-wing perspective on it and appears to be woefully uncritical of NATO and Western foreign policy. Even still, it is worth a read. You can read the rest of my article on Russian nationalism at Souciant.
Posted by Unknown No comments: