The "Debate" on Obama-care. 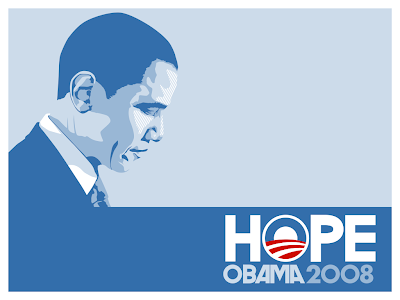 There is an ongoing "debate" in the United States regarding the health care reforms proposed by the Obama Administration. Now I say "debate" because it is more like a series of rants for and against the reforms, these rants come from opposing parts of the power concentrated in "Corporate America". For decades health care has been the leading issue for the American population, but it's only recently that this "debate" has become so lively. The health insurance companies, as well as the pharmaceutical industry, are the dominant force behind the opposition to the reforms. The pharmaceutical industry spent around $400 million on advertising and lobbying Congress in recent months, this was done to protect their interests and for years it worked in their favour. Whereas, the major corporate support for reform comes from the manufacturing industry. Companies like General Motors seem to want reform in order to cut costs and increase profits. Because of the inefficient health care system in America, it costs General Motors over $1,000 more to produce a car in America than it does in Canada. When a major sector of private power contradicts a rival power, the end result is this "debate" we see in the media.

Many conservatives and libertarians in America have been extremely vocal in their opposition to the reforms. A notable incident involved Republican politician Sarah Palin, who made the following comment "The America I love is not one where my parents or baby with Down Syndrome will have to stand in front of Obama's death panel." Most individuals seem to have made up their minds already, by speculating on what the consequences of Obama's reforms will be. A large number of American citizens were seen confronting politicians at town halls across the US. Though, there were rumours that many of these crowds represented lobbying groups that favoured private health care. The advocates of universal health care in America claim that objections to the reforms are largely based on misunderstanding. Misunderstanding fuelled by right-wing propaganda designed to feed into the culture of fear that is prevalent in American society. This kind of propaganda is easy to spot, it's marked out by talk of death panels, tax-payer-funded abortions and free health care for illegal immigrants.

But it wasn't until Conservative MEP Daniel Hannan appeared on Fox News and discussed the NHS with Sean Hannity and Glenn Beck, that this so-called debate became a transatlantic one. While discussing health with the consummate angry white men of Fox, Daniel Hannan criticised the National Health Service and even went as far as to say that he wouldn't wish the NHS on anyone. Hannan is no stranger to controversy, he was condemned for referring to the NHS as a "60 year mistake". And Fox News doesn't have the best reputation in the world when it comes to presenting a "Fair and Balanced" perspective on world events. In fact, Fox News is viewed by many as the propaganda wing of the Republican Party, others view the media outlet as a source of comedy. Hannan has been a darling of Fox News and many right-wingers since he appeared on YouTube, criticising Gordon Brown for his "juggernaut-like" spending. In his talks with Sean Hannity, he claimed that Britain had experienced "ten years of socialism" which is a laughable claim, even for an admirer of Enoch Powell. 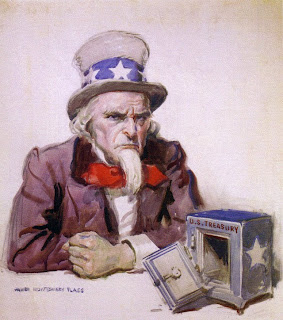 Investors Business Daily claimed with confidence that "Stephen Hawking wouldn't have a chance in the UK where the NHS would say his life is essentially worthless." To which Stephen Hawking responded "I wouldn't be here today if it were not for the NHS." This kind of glib critique is what mostly emerged from the political right during the transatlantic phase of the ongoing debate. Such criticism has been met with outrage around the United Kingdom, Twitter crashed on the day that Daniel Hannan made his appearance on Fox News. It does seem plausible to conclude that the opposition, let alone the American people, are more than a little misinformed about reform.

The proposed reforms should be a move towards a single-payer health care system, in which all health care is funded by the government but hospitals and doctors may remain private. This is not a system in which the government "runs" health care, as claimed by conservatives. This system has been accused of increasing costs as opposed to decreasing them. It should be noted that the current health care system itself has about twice the costs per head than any many other systems in the world. While the "socialised" aspect of the American system costs a fraction of what the privatised aspect actually costs. Regardless of whether or not such a system would cost more, the massive budget deficit will probably sway the effectiveness of instituting such social programs.

The facts are that the health care system in the United States is far from the best possible health care in the world. According to the latest data provided by the World Health Organisation, the United States health care system is number 37 in the world's health care systems. The United Kingdom is ranked at number 18 . There are around 50 million Americans who don't have insurance and 1 in every 4 insured Americans go without treatment due to the high cost of health care, which is the fault of health insurance companies. These are the reasons that health care has been a major political issue in America for decades. Not because corporations have been preoccupied with the issue, but because health care has remained a major issue for the American people. "Corporate America" has been more than happy to avoid the issue, stifle debate and maintain silence for decades.
Posted by Unknown No comments: