Lizza Littlewort's 'We Live In The Past' 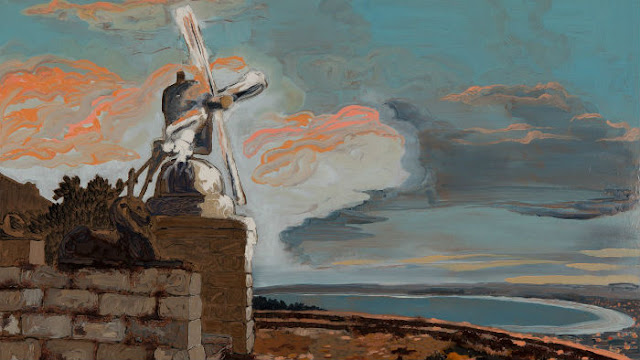 On Wednesday, Cape Town’s 99 Loop gallery opened its doors for the first day of Lizza Littlewort’s ‘We Live In The Past’ exhibition. The artist aims to draw out South Africa’s colonial past, as found in the ‘Golden Age’ of Dutch painting, but reinvents this work to convey the legacy to contemporary eyes.

As an illustrator, Ms. Littlewort previously produced educational works on such topics as healthcare and the environment. She helped set up a permaculture project called ‘Tyisa Nabanye’, a collective that aims to promote food security and sustainable living. She has degrees in architecture, fine art and English literature from the University of Cape Town (UCT), the city of her birth.

“The point of the show is really about the political background to ‘art treasures’ in general, using South Africa and my family as particular examples,” Ms. Littlewort told The World Weekly. “The same discussion would really cover where the Queen got the gold and diamonds in her crown and where anybody ever got so much money that they could develop such a sumptuous ‘high art’ culture.” “Each painting in this body of work is a play upon an earlier painting by a Dutch Master painter,” explains Ms. Littlewort. “The less famous ones were chosen because they were painted by my ancestor, Jakob Willemzoon de Wet the Elder. I chose these works in order to make my comments about the continuities between past and present more personal, embedding them in my own family history.”

The reinterpretation of this body of work filters the original images through neon tones, thereby accentuating and distorting the subjects. In this way, the realism of the Dutch Masters is reimagined in a modernist trajectory: from the desolate landscapes of Max Ernst and Salvador Dali’s paranoiac-critical method to Neo Rauch of the New Leipzig School. The end result was described by academic Niklas Zimmer as “uncomfortably beautiful”. 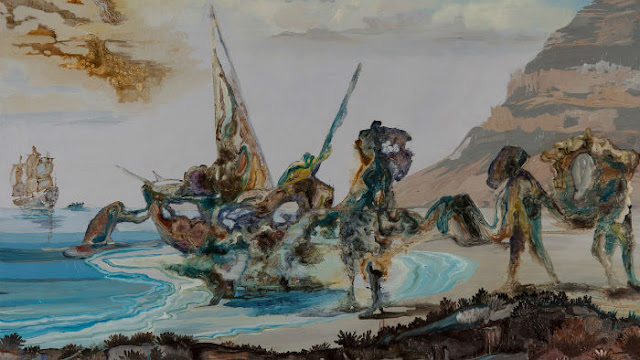 Mr. Zimmer argues this effectively subverts the naturalist style, which was so conducive to the establishment’s version of history. The original purpose of the Dutch paintings was to “warn the viewer that we cannot take our riches with us when we die”. Now Ms. Littlewort wants to remind viewers that “the astonishing wealth Holland accrued at this time has fundamentally shaped global history”.

Not only does the project have a strong historical focus, it is informed by South African literature and particularly the work of JM Coetzee. “My honours dissertation was on Dusklands, which is an extremely violent story about the genocide of indigenous people at the Cape,” Ms. Littlewort told The World Weekly. She took this literary account alongside Dr. Nigel Penn’s work on the displacement and ethnic cleansing of the Khoi and San peoples by white settlers.

“I am examining here my complicity and predicament as one who benefits from Dutch merchants’ wealth and power,” Ms. Littlewort explained. “My mother was born a de Wet, and her mother was a Versveld. Both the de Wet and Versveld families owned large farms in the Robertson and Darling areas respectively.” She goes on to relate that the de Wets’ ancestor, Jakob Willemzoon, was a Haarlem-based painter and art dealer, whose son was given a powerful post in the Dutch East India Company’s outpost in the Cape. 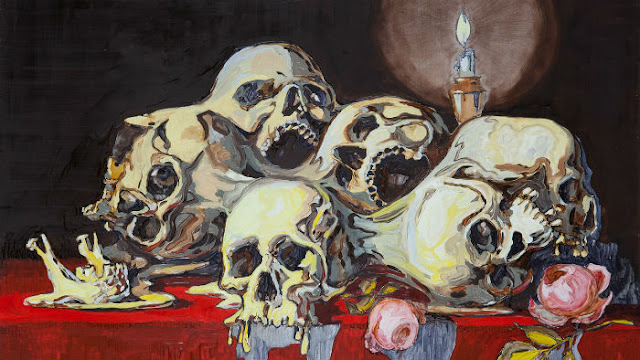 A major point of the exhibition is the close proximity of the art world to colonialism. “Painting and art is conventionally seen as ‘innocent’ and outside of the overarching political condition,” said Ms. Littlewort. “To me it’s much the same as the first-world white person having ‘subjectivity’ and ‘individuality’, while the conquered are represented as non-human stereotypes.” 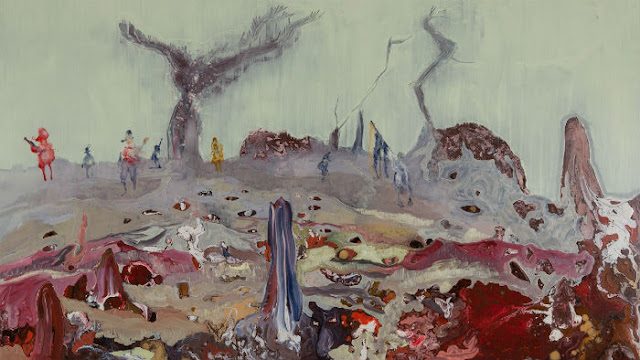 Appropriately, ‘We Live In The Past’ makes reference to the campaign to oust the Cecil Rhodes statue at UCT, but it also takes place against a backdrop of protest. Student campaigners brought 10 universities to a halt and forced the South African government to freeze tuition fees. Mass demonstrations have been organised throughout South Africa’s major cities. This may be an ideal time for a resurgence of political art.

This article was originally published at The World Weekly on November 5, 2015.
Posted by Unknown No comments: