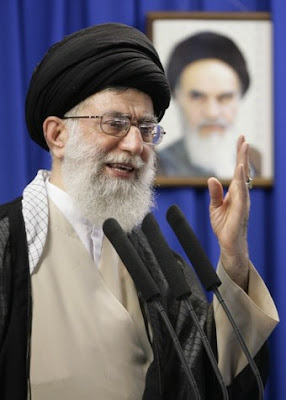 Earlier this year, Iran "celebrated" 30 years of theocracy since the Revolution of 1979, in which Monarch Reza Pahlavi was forced into exile and succeeded by the first Supreme Leader Ruhollah Khomeini. Pahlavi was a brutal dictator who came to power in a coup orchestrated, by the British in collusion with the CIA and by extension the American government, against Prime Minister Mossadegh in 1953. The reason? Mossadegh intended to nationalise Iran's oil which was firmly under British control. It didn't matter that he was the first democratically elected Iranian leader and that he had majority support from the Iranian people. For 26 years Reza Pahlavi reigned as the Shah and received unconditional support, from the British government and the US government, throughout his campaigns of torture and suppression against all political opposition. Many saw the Shah as a corrupt puppet for the West, many were happy to see him leave and many thought the end of his regime would bring political and social freedom.

The Islamic Revolution demonstrated that the US policy of backing right-wing dictators, to prevent the spread of communism, did not work. The Shah's military was one of the largest in the world at the time was helpless against such a mobilised and determined people, with Ayatollah Khomeini as their leading ideologue. The revolutionary ideology which Khomeini propagated could be referred to as Islamism, which is often described as a revival of primitive tendencies going back to the origins of Islam. But this is not so, for centuries Shia Islam had been an apolitical and almost totally passive force. The Ayatollahs had once told their followers to endure all hardships in awaiting the coming of the Imam. The Iranian Revolution was in fact driven by Continental philosophy, particularly ideas such as positive liberty. It was thinkers such as Ali Shariati and Sayyid Qutb, who had been heavily influenced by radical thinkers such as Frantz Fanon and Jean-Paul Sartre.

In the aftermath of the Revolution, a referendum was used to establish the new constitution and the new government proposed by Imam Khomeini, the world's first Shi'ite Islamic Republic was the result. By 1980 Khomeini had done away with all potential democratic forces and had declared himself the Supreme Leader of Iran. Under the leadership of Ayatollah Khomeini, the hostage crisis at the American Embassy was prolonged with the intention of humiliating the incumbent Jimmy Carter, who had enraged many by praising Pahlavi's leadership in 1977. In doing so, the Ayatollah effectively cost Carter his second term, leading to the election of Ronald Reagan and a whole new chain of events. Throughout the 1980s, the standard of living declined rapidly in Iran and the country was plagued by economic turmoil for the first 6 years of Khomeini's reign.

The humiliation of President Carter came back to haunt the Ayatollah, as the Reagan Administration, along with Thatcher in Britain and King Fahd in Saudi Arabia, provided Saddam Hussein with advanced weaponry in the war between Iran and Iraq. This vicious war left a million people dead before Khomeini reluctantly accepted defeat in 1988 and left Khomeini with a bruised ego. Thousands of political dissidents that had been captured in the late 1980s were systematically executed. In the final year of his life and reign, the Ayatollah issued a fatwa against the writer Salman Rushdie, for his supposedly blasphemous piece The Satanic Verses, and called for his assassination. Khomeini died at the age 86 in 1989 and was succeeded by Ali Khamenei as the Supreme Leader, who still rules today.

Over past weeks, Iran has once again been at the centre of media fascination. This time it is the controversial results of the 2009 Presidential election, which are the subject of protest and crisis. The only candidates permitted, by the clerics and the Supreme Leader, to run for the Presidency were Mahmoud Ahmadinejad 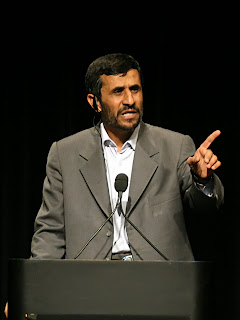 , Mehdi Karroubi, Mohsen Rezai and Mir-Hossein Mousavi. Contrary to popular belief, this isn't all that different from "Western liberal democracy" which is often characterised by two parties taking turns running the country, the winners of political campaigns are often those with the most financial backing. This is particularly true of the US, where Presidents depend upon political contributions to run their campaigns successful. It was clear from the beginning that Ahmadinejad was a conservative, representing Abadgaran, with the support of the Islamic establishment in Iran as well as the Supreme Leader. The most opposition Ahmadinejad faced, in the elections, came from Mousavi, a popular reformist independent from the National Confidence Party. Mousavi's popularity was with young Iranians, particularly women, who favour the disbandment of the Moral Police and greater rights for women. It also looks as though Ahmadinejad may have lost support from rural Iranians to Mousavi. The first election results to be released declared Mousavi the victor. But the second results to be released, by the Interior Ministry, declared Ahmadinejad the winner.

In retrospect it seems likely that, the fundamentalist Islamic establishment were unwilling to even allow the possibility of a reformist victory. The last reformist Presidency of Mohammad Khatami had failed to improve relations between Iran and America, mostly because the White House had been "swept up" in a wave of jingoism following the events of September 11th 2001. It was during the Khatami Presidency that the Islamic Republic was named as part of the "Axis of Evil", along with Iraq and North Korea, declared by the Bushites in Washington. Mahmoud Ahmadinejad succeeded Khatami as President and quickly became a controversial politician who even eclipsed the Supreme Leader, in the media at least. Ahmadinejad's first term was marked by controversy, particularly accusations of electoral fraud, homophobia, funding terrorism and anti-Semitism. As well as an amusing clash with the British Royal Navy and constant debate regarding Iran's apparent "nuclear intentions". Many feared and speculated that the Bushites would invade Iran as part of their "War on Terrorism". Despite much controversy, Ahmadinejad made it through his first term without going to war with the United States. Unfortunately, it looks as though the "change" Obama has brought to America has failed to shift the downward spiral towards an all out war with Iran. 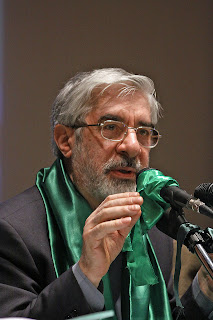 The day after the election results were released the streets of Tehran were filled with demonstrators demanding democracy and challenging the theocrats who had ruled them for three decades. These kind of protests have not been seen in Iran since the 1970s and the run up to the Islamic Revolution, which dethroned the Shah and implemented the current political system. The protests reminded many of the 1999 student demonstrations seen in Iran. Others immediately thought of the 1989 Tiananmen Square protests, and the subsequent massacres. After the Iranian government "shut down" the ways in which Iranians could communicate, the people of Iran resorted to Twitter and Bebo to communicate and arrange further demonstrations. But their demonstrations were met with the violence and harsh brutality of the state, there have been around 85 confirmed deaths so far and there are rumours of maybe 150 or more deaths. The intellectual community has turned to hunger strikes as a method of protest against the actions of the Iranian government. The hunger strikes were initiated by Akbar Ganji and over 40 individuals participated in them, including Reza Baraheni and Noam Chomsky. 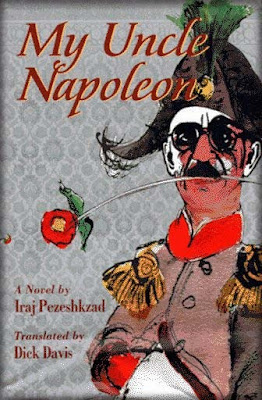 As a show of strength, Khomeini's successor, Ali Khamenei gave a speech to an enormous audience at Tehran University, in which he insisted that the elections were transparent and fair. Khamenei argued that the Zionist controlled media was attempting to divide the Iranian people and claimed that the British were behind the demonstrations in Tehran. The Ayatollah's comments were not wise and only served to remind Westerners of anti-Semitic conspiracy theories, like the Protocols of Zion, as well as the image of jihadists waving around Qur'ans with their kalashnikovs and chanting "Death to America! Death to Britain!" as some did at the University of Tehran that day. Even though, it is undeniable that there is a common bias in Western media, in the favour of Israel and against any Islamic regime which is not subservient to the American government, such childish remarks are not constructive.

Not only did Khamenei's comments remind us of previous accusations of anti-Semitism against his regime. But he openly criticised the British government, reminding many of the perceived "anti-Western" sentiments among Iranian politicians. The Supreme Leader's paranoia of specifically British interference in the election is reminiscent of My Uncle Napoleon, a satirical coming-of-age novel set in Iran during British occupation in the 1940s. The work is often cited as the most important and well loved work of Iranian fiction since the Second World War. The character Dear Uncle, called Uncle Napoleon by his nieces and nephews, is well known for his deluded paranoia that everything wrong in Iranian society is the fault of the British. The novel was banned by Khamenei's predecessor Ayatollah Khomeini in 1979, which makes Khamenei's rant more amusing and ironic than threatening.

As the Iranian government descended into the realm of caricature, Iranian dissidents began using religion as part of their protests, specifically the use of the phrase "God is great". On Twitter some urged their fellow protestors to carry copies of the Qu'ran with them during demonstrations. The most famous victim to die during the protests was Neda Agha-Soltan, she has become something of a martyr since her death at the hands of state police. Her death had been filmed on mobile phone and later released via YouTube. The colour green, most oftenly associated with Islam, that the reformists used during the election campaign has also become a way of stating one's support of the demonstrations. The conscious use of such symbolism implies that the people in the street are a greater representation of Islam, than any of the conservative clerics backing Ahmadinejad. Hopefully, the power of the Iranian people will prevail against the state and democracy, in it's most direct and unadulterated form, will flourish in Iran one day.
Posted by Unknown No comments: