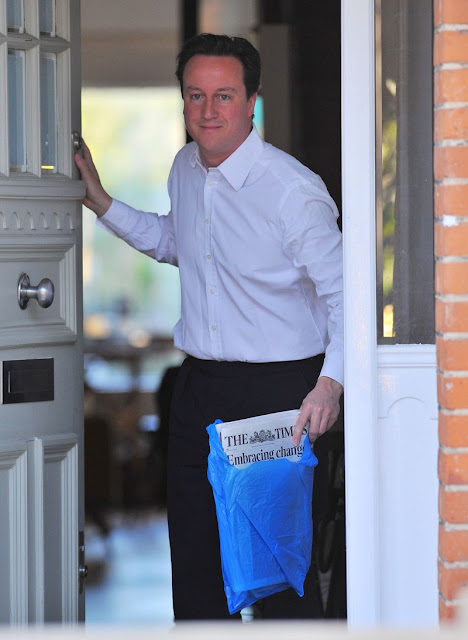 What's in the Blue Bag?


Stewart Lee once called David Cameron the "Weather Cock" because, first of all, Cameron spins in the prevailing wind of public opinion and secondly it's not clear whether David Cameron has a cock or not. Perhaps we might describe the political era, in which we are held hostage, as Thatcherism without the penis.

Appropriately in this case, the Prime Minister has taken to pandering to the moral panic that surrounds the riots and has listed the underlying 'causes' of the moral collapse of British society:
* Irresponsibility.
* Selfishness.
* Behaving as if your choices have no consequences.
* Absent fathers.
* A lack of discipline.
* Reward without effort.
* Crime without punishment.
* Rights without responsibilities.
* Communities without control.

And yet we find the economy exhibits the following characteristics:
* Irresponsibility and Recklessness.
* Self-interest and Greed.
* Externalities (behaving as if your choices have no consequences).
* The absence of power for working-class people.
* A lack of regulation combined with incentives to take unnecessary risks.
* Bank bonuses and a sense of entitlement among the business class (reward without effort).
* An epidemic of 'white-collar' crime unpunished.
* Rights without responsibilities.
* Capital flow without control.
Posted by Unknown