The Lesson of Mobile Phones. 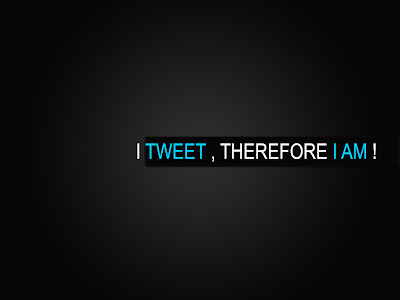 Perhaps the greatest irony of the rage and condemnation expressed through mobile phones and laptops about the riots in London, never mind the use of phones to coordinate looting, is that there is a hidden lesson about history in the production of mobile phones. The lesson of mobile phones is a historical one, whenever we send a text or a tweet we should remember that the relation between barbarism and civilisation is synchronous not sequential. It is true that the establishment of states is accomplished through violence, but it should be noted that the development of civilisation is entwined with systemic forms of violence. How does the advent of the mobile phone demonstrate this? The Congo has long been important because it is rich in key resources such as coltan, cobalt, copper, diamond, uranium and gold. It was uranium that was extracted from the Congo that was used to make the atom bombs which the US then used to bomb Japan. Later on, copper became fundamental to the running of the Cold War.

The value of coltan has exploded in recent years because it is essential to the production of mobile phones, laptops and games, thus the cheap extraction of coltan became vital for the consumer boom in the West. Zimbabwe, Angola, Uganda, Chad, Libya and even Rwanda have sought to seize control of the precious resources. Behind them Western companies and consumers were looking for new goods. The interests of foreign corporations are at once a threat to, and in harmony with, the interests of the war lords that have been dominant since Mobutu fell. The war lords control territory with militias that include drugged children, the deal to give China access to the vital minerals in exchange for a railway and highways is a threat to the interests of war lords who maintain control through the broken state of affairs in the Congo. But at the same time these war lords have business deals with multinational corporations that are given the right to start mining without paying any taxes and with minimal complications.

In the meantime over 4 million were slaughtered in the Congo in the last decade or so. In a period of just 18 months the Rwandan army made $250 million just on coltan. The accumulation of the material resources necessary for our daily lives is not that distinct from barbarism, capitalism is indebted to feudalism and slavery in that each of them provided the material preconditions for the explosion and development of capitalism in the last couple of hundred years. We can discuss violence on the streets of London because of a bloodbath in Africa, which the majority of us aren't even aware of and feel no responsibility for at all. Every advance in civilisation is an advance in barbarism, bringing in it's wake new possibilities of emancipation and often arrives coated head-to-foot in blood. The price of the material advantages we enjoy is blood and misery. It is not clear whether we can ever make-up for the immense suffering, unimaginable misery and innumerable generations of people born into filth and squalor; only to amass the material resources that might provide the preconditions for a better existence.
Posted by Unknown